For Dyslexics, A Font And A Dictionary That Are Meant To Help 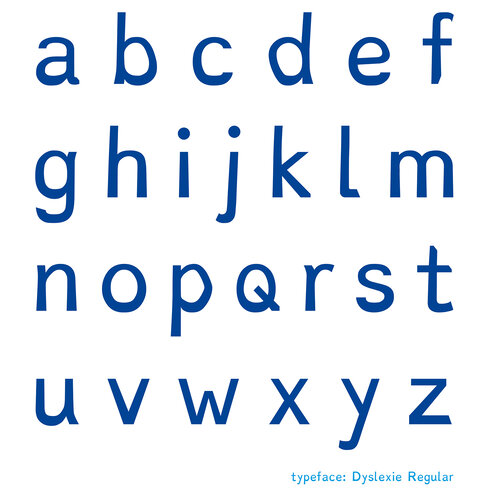 A designer who has dyslexia has created a font to help dyslexic readers navigate text, designing letters in a way that avoids confusion and adds clarity. And in England, two researchers are compiling a dictionary that favors meaning over alphabetical order.

Roughly 10 percent of the world’s population is dyslexic. And as NPR’s Nancy Shute reported in 2012, “People with dyslexia are often bright and verbal, but have trouble with the written word.”

The people behind two new projects hope they can help change that.

Dutch designer Christian Boer’s Dyslexie font has been around for a while, but it’s been getting new attention thanks to being featured in the Istanbul Design Biennial.

The font defaults to a dark blue color, which Boer’s website says “is more pleasant to read for dyslexics.”

“When they’re reading, people with dyslexia often unconsciously switch, rotate and mirror letters in their minds,” Boer tells British design magazine Dezeen. “Traditional typefaces make this worse, because they base some letter designs on others, inadvertently creating ‘twin letters’ for people with dyslexia.”

To avoid confusion, Boer designed letters that have a heavier bottom half, making it less likely that a reader might flip them. He also made some openings larger, and slightly tilted some letters that closely resemble others — such as a “b” and a “d.”

In that sense, Boer’s font uses a similar approach to another font developed with dyslexics in mind. OpenDyslexic is a free, open-sourced font that’s also designed to help prevent confusion, as NPR reported last year. 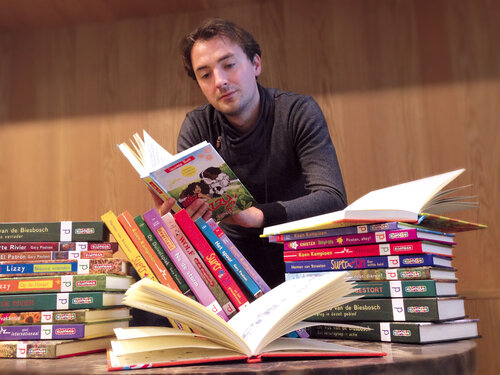 Dyslexie also incorporates more space between letters and words, to help prevent a dyslexic reader from seeing a confused jumble of text.

Boer’s font works with both Apple and Microsoft-based systems; it can also be added to a Web browser as an extension. The font is free for home users and available for a fee to schools and businesses.

It’s not clear what font education researchers Neville and Daryl Brown will use for their new dictionary, which will cater to dyslexic readers’ needs. The father-and-son team say the project builds on decades of research — and the understanding that the standard dictionary isn’t very helpful for dyslexics.

Instead of using a strict alphabetical order, words in their dictionary will be organized according to their meanings, as the pair explained in a recent article in British newspaper the Litchfield Mercury.

“We teach literacy using an entirely different method to phonics, instead using the ‘morphological approach,’ which was developed by my father over 30 years ago,” Daryl Brown says.

“For another example, the traditional dictionary places the words ‘signature,’ ‘resign’ and ‘assignation’ many pages apart,” the Mercury reports. “But they are connected by the common morpheme ‘sign,’ pronounced differently across the three words.”

The two researchers recently told BBC London that they’ve been working on the dictionary since 1982, when their research school, Maple Hayes Hall, was founded. They hope to finish the book by the end of 2015.